Screen for the Pocketbook ULTRA 650 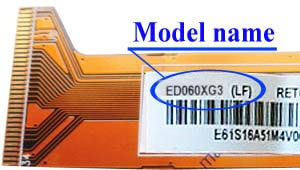