Screen for the Digma e600 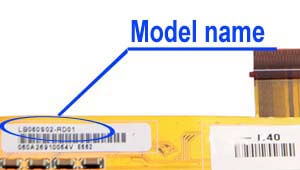 In order to install the display LB060S01-RD02 to the e-book Digma e600, to see the appearance and location of the label with a marking on the display and to determine the necessarity of next regulation of the e-book you can use our universal method: