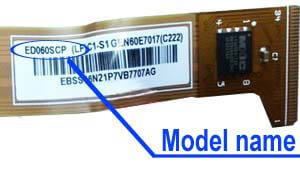 In e-books AMAZON KINDLE 7 Special offer the most often installed screen is ED060SCP(LF) C1-55, made by E-ink corp (http://www.e-ink.com)