Screen for the Onyx BOOX C63L 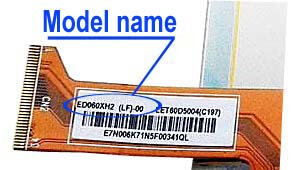